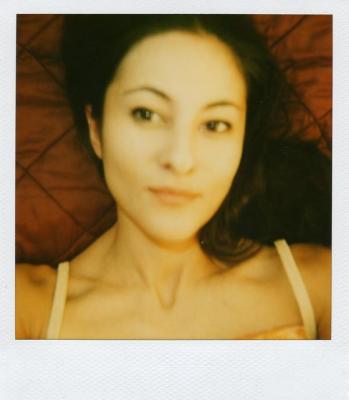 Bruna Mori is a little bit pleasant to look at. Her poems are a little bit pleasant to look at too. What’s the inverse of exaggeration? A diminishment? The previous statements are diminishments. Whatever you think of these proclamations, the poems in Bruna Mori’s most recent book, Dérive (Meritage Press), act in opposition to such inversions: they focus down on the delicate and spotlight the potentials of vision, vision as it is tied to thought and swollen with time’s constant birthing departure, in symbiotic unison. These poems find position within the boroughs of New York City, reminding me of the places I inhabit daily, yearly, for the moment, and sometime otherwise, even not as myself.

This stolen poem from Dérive hums a careful violence that owns our temporality, exploring the necessity of death with eyes wide open, and flickers at my sentiments in “The Good Campaign” – except Mori’s last couplet, in conjunction with a cowboy’s memory and Lilith, makes a way that I envy, with gratitude:

There is fire in the sun.
There is not much sun.

The reality boat of sediment
dances on my infirm sleep.

There is fire in the sun,
I will visit its citizens.

Salt with the slip of llamas,
star of stars,
somber of slumber,

darkness of light
of the vented alms.

Now in the innocent hour,
when without sentences,

in the umbilical cord:
An unremembered poem

has constrained your horse,
has imploded your birds,

has gulped the time
with proper concerns.

Has terminated the self
of which nothing commences.

Rebellion consists in the seeing of
the rose after pulverizing the eyes.

hallucinations with the
pigmented skin of the parrot,

cocoons of memories
devouring their speech,

entering the coffers of citizens,
and speaking to old beasts.

In the hour of the creased land
in the memory of the cowboy,

in the moment of a Lilith.

As someone enters death with eyes open,
another appears in your vision.

The color of time in the abandoned wall.
In my sight, thought parted all.

It’s more than in proximity,
more than near to know what here, was.

And then there is this guy I know – but don’t – that Mori has taken in with this suspended life:

Dérive now holds court on my nightstand and is a sturdy addition to my slowly growing “Making the Urban Poetic” syllabus.

I won’t give you more of the book than you already own; just know, from the distance of the virtual, it is a pretty keepsake, lovely in its architecture, easy borders and drift-free, until you hold and open it, wider now …

4 Responses to “How Many Poems Might a City Build?”