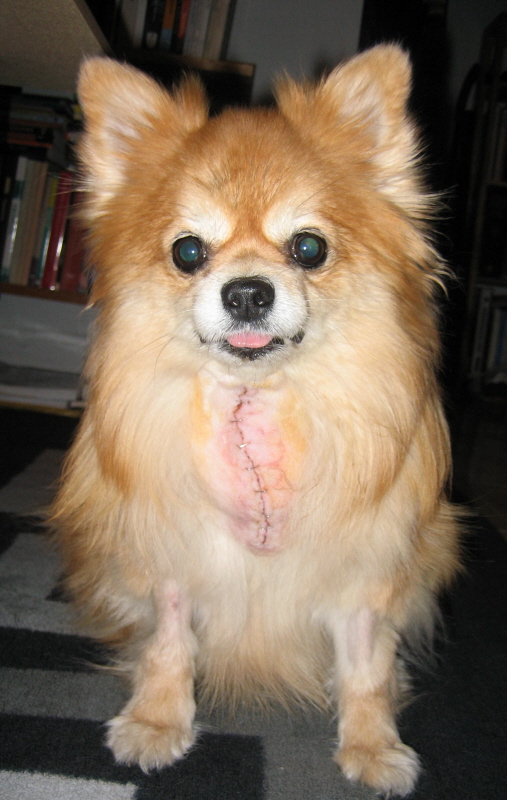 As per Ms. Hamm’s request for an update: “Frankendog” has arrived home today. Nothing wrong with her eyes (the flash did that), but the staples running down her chest seem a bit off… Nonetheless, she’s better than when she left. Dr. Indrieri cut her open and fixed her up right.

We are accepting cards, notes, and anything to aid further repair here.

Too tired for much else. Except to say (unrelated to the dog), the sappy idealism in this Ray Lamontagne song, “Forever My Friend,” crept into my drive home and is enough to make one heartsick. Which is why I love it — tonight.

One Response to “Let the Healing Begin”