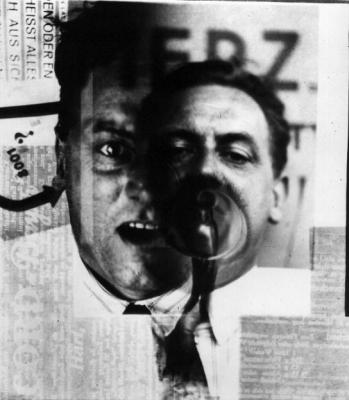 Classical poetry depended on the similarity of human beings. It regarded the association of ideas as unequivocal. It was wrong. In any case, it was based on associations of ideas: ‘Uber allen Gipfeln ist Ruh’ (On the hill-tops all is tranquil.’). Here Goethe is not simply trying to tell us that it is quiet on the hill-tops. The reader is expected to experience this ‘tranquillity’ in the same way as the poet, tired by his official duties, escaping from the urban social round. How little such associations of ideas are universal becomes clear if one imagines a native of the Hedjaz (average population-density, two people per square kilometer) reading such a line. He would certainly be noticeably more impressed by ‘Lightning darts zag the Underground runs over the skyscraper’. In any case, the statement ‘all is tranquil’ produces no poetic feeling in him, because to him tranquillity is normal. Poetic feeling is what the poet counts on. And what is a poetic feeling? All the poetry of ‘tranquillity’ stands and falls by the capacity of the reader to feel. Words in themselves have no value here. Apart from a quite insignificant rhythm in the cadence, there is only the rhyme linking ‘Ruh’ with ‘du’ in the next line. The only unifying link between the constituent parts of a classical poem is the association of ideas — in other words, poetic feeling. Classical poetry as a whole appears to us today in the guise of Dadaist philosophy, and the less Dadaist the original intention, the crazier the result. Classical poetic form is nowadays only used by variety singers.