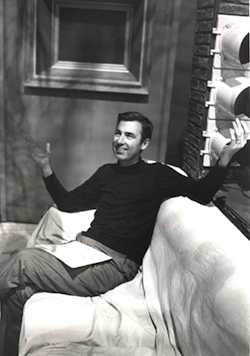 Unfortunately, the video is gone, but this old news is worth noting: What Will You Do With the Mad in You?

We’re off school for the week. A friend left his better-car-than-mine for me to take on road trips upstate & escape the city, but instead, I find myself thinking about things at home. I’ve already taken a walk with the dog on this lovely balmy 40 degree day. Now I’m also making lazy attempts at writing and am here actively avoiding the work that needs to get done.

On in the background has been Charlie Rose, and now, Mr. Rogers educates the planet. On Rose, Michael Crichton explained why global warming isn’t really happening – whew. I’m glad he cleared that up.

When I was in the fourth grade, Mrs. Creighton overheard me calling Mr. Rogers a sissy. She called me over and explained to me, firmly, why my remark was ignorant, misinformed, and a raw example of a stereotype. I walked away from that chat trying to suppress tears, not because I truly understood why I was wrong, but moreover, because I had disappointed Mrs. Creighton, who was, not so incidentally, the only African American teacher I had until I left for Baltimore at 15. I remember admiring her stern, strong character as a child, though in retrospect, I can only imagine what it must have been like to be the only (I’m fairly certain) non-white teacher at Stone Mill Elementary.

Anyway, I never really did like Mr. Rogers’s show as a child. I thought it was too slow and full of obvious, boring lessons. I’ve watched his show plenty of times as an adult and knew someone who used to do the sets. She told me that he really was as kind as his t.v. persona and that she loved her job. My opinion has altered considerably, now that I have the patience of an adult (sort of). This show was made for adults.

True, Fred Rogers presented lessons that were obvious about whatever the topic of the day may be, but moreover, his show exemplifies the in’s and out’s of navigating and enjoying community. With his numerous walk-on guests/visitors that included a range from scientists, sports players, jazz musicians, etc., as well as his standard puppet friends, we are privy to conversation after conversation that aims to teach common sense and how to deal with misunderstandings.

People/puppets become frustrated, depressed, or stressed out at worst, but no one ever comes close to blows or anywhere near the line of aggression. We witness these characters making concessions, being generous, and inquiring in the face of curiousity or confusion. Best of all, emotions are never disregarded or suppressed; they are acknowledged and worked through, sometimes not so easily. I’m a simple person. And I like Mr. Rogers now – may his legacy make its way into the hearts of more adults.

After said television time, I find this to be an R.E.M. kind of day, old skool. How you gonna kick it: Talk About the Passion or Andy Kaufman, yeah yeah yeah? The Decemberists also do a nice rendition of one of my fave REM songs, Cuyahoga (I couldn’t find REM online doing it). 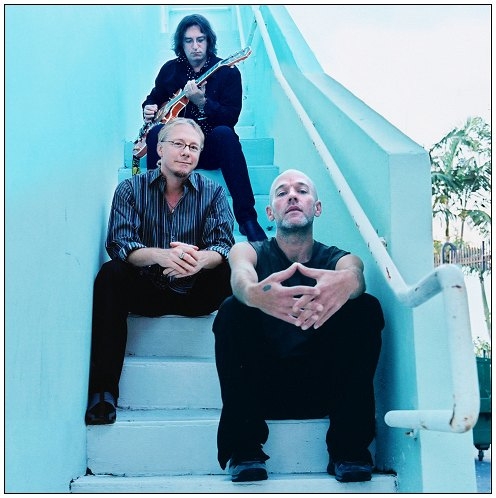 This entry was posted on Tuesday, February 20th, 2007 at 8:36 pm and is filed under Music, Politics, Teaching.

13 Responses to “Mr. Rogers for Adults”