“God has a brown voice, as soft and full as beer.” —Anne Sexton

On Clouds – “…what primitive tastes the ancients must have had if their poets were inspired by those absurd, untidy clumps of mist, idiotically jostling one another about…” —Yevgeny Zamyatin

“Poetry is the synthesis of hyacinths and biscuits.” —Carl Sandburg

“For each letter received from a creditor, write fifty lines on an extraterrestrial subject and you will be saved.” —Charles Baudelaire

“I have been in Sorrow’s kitchen and licked out all the pots. Then I have stood on the peaky mountain wrapped in rainbows, with a harp and a sword in my hands.” —Zora Neale Hurston

“The purpose of art, including literature, is not to reflect life but to organize it, to build it.” —Yevgeny Zamyatin (The Goal, ca. 1926)

“If the poet wants to be a poet, the poet must force the poet to revise. If the poet doesn’t wish to revise, let the poet abandon poetry and take up stamp-collecting or real estate.” —Donald Hall 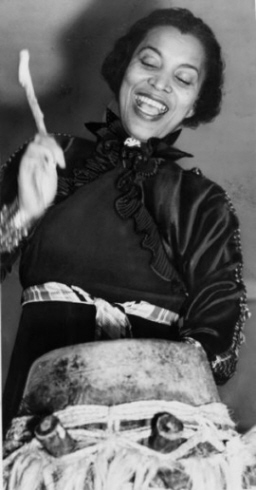 “Nothing that God ever made is the same thing to more than one person. That is natural.” —Zora Neale Hurston

“I took a deep breath and listened to the old bray of my heart. I am. I am. I am.” —Sylvia Plath

“In science one tries to tell people, in such a way as to be understood by everyone, something that no one ever knew before. But in poetry, it’s the exact opposite.” —Paul Dirac

“Heaven is not like flying or swimming, but has something to do with blackness and a strong glare.” —Elizabeth Bishop

“Poetry is a rich, full-bodied whistle, cracked ice crunching in pails, the night that numbs the leaf, the duel of two nightingales, the sweet pea that has run wild, Creation’s tears in shoulder blades.” —Boris Pasternak

“It doesn’t matter who my father was; it matters who I remember he was.” —Anne Sexton

“Wanted: a needle swift enough to sew this poem into a blanket.” —Charles Simic

“Apparently, the most difficult feat for a Cambridge male is to accept a woman not merely as feeling, not merely as thinking, but as managing a complex, vital interweaving of both.” —Sylvia Plath

“There is no single face in nature, because every eye that looks upon it, sees it from its own angle. So every man’s spice-box seasons his own food.” —Zora Neale Hurston

“She even had a kind of special position among men: she was an exception, she fitted none of the categories they commonly used when talking about girls; she wasn’t a cock-teaser, a cold fish, an easy lay or a snarky bitch; she was an honorary person. She had grown to share their contempt for most women.” —Margaret Atwood

“Language is a cracked kettle on which we beat out tunes for bears to dance to, while all the time we long to move the stars to pity.” —Gustave Flaubert

“Poetry is not an expression of the party line. It’s that time of night, lying in bed, thinking what you really think, making the private world public, that’s what the poet does.” —Allen Ginsberg

“I did not believe political directives could be successfully applied to creative writing . . . not to poetry or fiction, which to be valid had to express as truthfully as possible the individual emotions and reactions of the writer.” —Langston Hughes

“I think one of poetry’s functions is not to give us what we want… [T]he poet isn’t always of use to the tribe. The tribe thrives on the consensual. The tribe is pulling together to face the intruder who threatens it. Meanwhile, the poet is sitting by himself in the graveyard talking to a skull.” —Heather McHugh

“Poetry is the journal of the sea animal living on land, wanting to fly in the air. Poetry is a search for syllables to shoot at the barriers of the unknown and the unknowable. Poetry is a phantom script telling how rainbows are made and why they go away.” —Carl Sandburg

“When, however, one reads of a witch being ducked, of a woman possessed by devils, of a wise woman selling herbs, or even a very remarkable man who had a mother, then I think we are on the track of a lost novelist, a suppressed poet. . . indeed, I would venture to guess that Anon, who wrote so many poems without signing them, was often a woman.” —Virginia Woolf

“This cop told me, furthermore, that it had been difficult for him to follow me because I had signaled too soon. I told him that, because I didn’t know there was anyone else in the world, any signaling was an act of faith.” —Kathy Acker

“Even in the centuries which appear to us to be the most monstrous and foolish, the immortal appetite for beauty has always found satisfaction.” —Charles Baudelaire

“I am ashamed of my century, but I have to smile” —Frank O’Hara