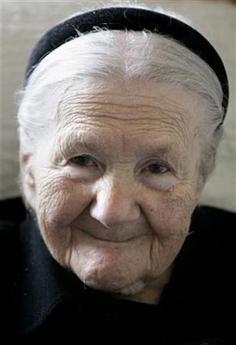 Sendler was a 29-year-old social worker with the city’s welfare department when Germany invaded Poland in September 1939, launching World War II. Warsaw’s Jews were forced into a walled-off ghetto.

Seeking to save the ghetto’s children, Sendler masterminded risky rescue operations. Under the pretext of inspecting sanitary conditions during a typhoid outbreak, she and her assistants ventured inside the ghetto — and smuggled out babies and small children in ambulances and in trams, sometimes wrapped up as packages. …

In hopes of one day uniting the children with their families — most of whom perished in the Nazis’ death camps — Sendler wrote the children’s real names on slips of paper that she kept at home.

When German police came to arrest her in 1943, an assistant managed to hide the slips, which Sendler later buried in a jar under an apple tree in an associate’s yard. Some 2,500 names were recorded. …

The Nazis took her to the notorious Pawiak prison, which few people left alive. Gestapo agents tortured her repeatedly, leaving Sendler with scars on her body — but she refused to betray her team.

“Every child saved with my help and the help of all the wonderful secret messengers, who today are no longer living, is the justification of my existence on this earth, and not a title to glory,” Sendler said in 2007 in a letter to the Polish Senate after lawmakers honored her efforts in 2007. 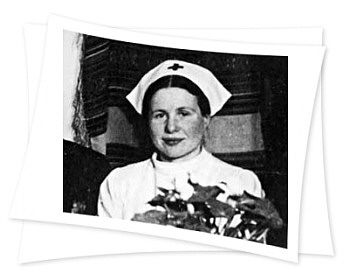