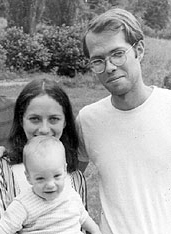 Excerpt from The Stamp of Class: Reflections on Poetry and Class —

[Ron Padgett and Ted Berrigan] believed they could remain artists within their class only by accepting folk or popular conventions. To move beyond those conventions destined them to a place neither outside nor inside the class into which they were born. To complete the Padgett quote,

“So it’s interesting to have grown up in a certain class and still feel in many ways that it made you who you are, and yet know that you can never really be a part of it again because of your interest in art and writing. It’s really weird. And one’s writing continues to be influenced by–not only the origins, but by the knowledge of the distance between you and your origins. So it’s not only the presence of class, it’s the absence of class at the same time.”

What some might see as class denial, or at least irresponsibility, has always struck me as visionary optimism. Because they remain open to inspiration from any source, Berrigan’s and Padgett’s poems are stunning hybrids of sensibilities, traditions, possibilities, imaginations. Hart Crane, frequently insecure about his own lack of a college education, awkwardly called this quality “alert blindness”; the Cockney Keats more mellifluously termed it negative capability. It’s a refusal to filter particulars according to preconceptions, to order by classification, to class off. Its products are motley and democratic, though seldom smooth and never homogenized. Shaggy commingles with combed. Every imaginative speaker alters and refines each dialect. The language constantly changes. At the same time, its history informs everything the poet writes.

-Excerpt from The Stamp of Class: Reflections on Poetry and Class

p.s. This post’s title is the first line of a poem written by Ron Padgett and Ted Berrigan, “Inside Speech”.