The Real Edie Bouvier Beale (below) 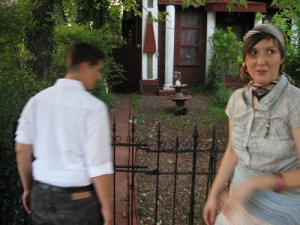 Interest in the Beales’ story has produced a variety of publishing and media projects. These include:

AND HERE’S LITTLE EDIE ON CONFORMITY!