STARS OF THE NIGHT COMMUTE by ANA BOZICEVIC

Stars of the Night Commute haunts in three dimensions, knit by a below-words rumble in the sure rhythm of dreams. Many of the poems carry a shamanistic, elemental quality, as if real matter were articulating out of word-fragments. Božičević writes, “At the end of poetry the poem can no longer be remote.” If this is “the end of poetry,” perhaps poetry is, after all, reaching forward back to its beginning.

Ana Božičević’s poetry has everything–a mastery of language, a distinct and singular voice and a worldview so visionary and all-encompassing, so as to both terrify and astound. The words bristle with life, and they command the deepest reverence for the Ineffable, for pure Being. This poetry is clever without being shallow, and this is truly rare. Silence is my most honest response to her work, but a silence rooted in respect and awe for that which is truly great art.

Ana Božičević’s work is sort of animist—it’s either about silence or the racket of the world. How does she do it? Clicks the switch to say it’s silent & it’s happening then on a distant tiny stage. She’s muttering, and then it’s a story and a very good one. I mean in poetry at some point you don’t know what the writer means. In Ana’s work I watch “it” vanish (all the time)  & I trust it.

Ana Božičević’s work is filled with a wild freedom, and reading it often reminds me of reading Wallace Stevens, in that you know absolutely anything can happen next but whatever it is, it will be perfect. In her poems she expresses an attitude of solemn responsibility to history, both the world’s and her own, yet there is often a marvelous lightness, even playfulness about them. She is able to stretch language to its most ineffable and musical limits while maintaining a masterful grasp of the colloquial. These are not just technical matters. An émigré from reality (in the form of one of modern time’s most monstrously and moronically cruel wars) and a Cassandra, she is able to perceive with the eyes of language–then render with lyrical immediacy–the experience of our collective sleepwalking soul, who may well soon awaken to discover that its terror was not a dream. 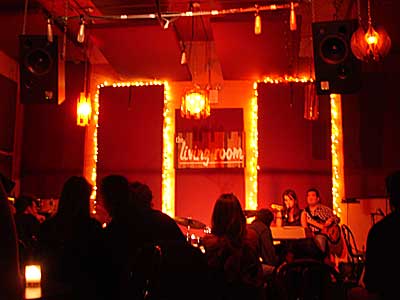