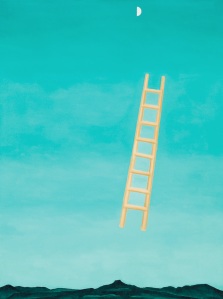 IF LITERATURE is food for the  mind, then a poem is a banquet, according to research by Scottish scientists  which shows poetry is better for the brain than prose.

Psychologists at Dundee and St Andrews universities claim the work of poets such as Lord Byron exercise the mind more than a novel by Jane Austen. By monitoring the way different forms of text are read, they found poetry generated far more eye  movement which is associated with deeper thought.

Subjects were found to read  poems slowly, concentrating and re-reading individual lines more than they did with  prose. Preliminary studies using brain-imaging technology also showed greater  levels of cerebral activity when people listened to poems being read aloud. Dr Jane Stabler, a literature expert at St Andrews University and a member of the research group, believes poetry  may stir latent preferences in the brain for rhythm and rhymes that develop  during childhood. She claims the intense imagery woven through poems, and  techniques used by poets to unsettle their readers, force them to think more  carefully about each line. “There seems to be an almost immediate  recognition that this is a different sort of language that needs to be  approached in a way that will be more attentive to the density of words in  poetry,” she said. “It may be because readers are trying to hear the  words or recreate the imaginary event the poet has provided a script for. ” Also, children seem to be born with a love of rhyme and rhythm. Then  something happens and by the time we see them in the first year at university  many of them are almost frightened of poetry and clamouring to study the  contemporary novel.”
To study readers’ reactions,  the research group focused an infrared beam on the pupils of their eyes to  detect minute movements as they read.

They found poetry produced  all the standard psychological indications associated with intellectual  difficulty, such as slow deliberate movement, re-reading sections and long  pauses. Even when they used identical content but displayed it in both a poem  format and a prose format, they discovered readers found the poem form the more  difficult to understand. Stabler said: “When readers decide that something  is a poem, they read in a different way. As literary critics we would like to  think that this is a more thoughtful way, more receptive to the text’s richness  and complexity, but in psychological terms it is the same sort of reading  produced by a dyslexic reader who finds reading difficult. “We focused on  poetry that disturbs or unsettles readers like the work of Lord Byron. “We  found that his stanza form in Don Juan does make subjects read more quickly  than readers focusing on the rhymes of an elegy in a similar metre.”

The group hopes to use  Magnetic Resonance Imaging (MRI) scans to watch how the brain reacts as people  listen to poetry and prose. Early results suggest a larger area of the brain  lights up in the scans upon hearing poetry by Byron than prose by Austen. The  research has profound implications for the way English literature is taught in  schools, and Stabler believes they should consider placing greater emphasis on  teaching youngsters poetry.

Both rhythm and rhyme have been found to be  intricately linked with making and recalling memories. Stabler asked: “If  poetry helps to stir memory, might it be useful in the treatment of age-related  or injury related memory problems?” Dr Martin Fischer, an experimental  psychologist at Dundee University involved in the project, claims the findings could  also form the basis for producing new techniques for helping dyslexic children.  He said: “It certainly has implications for children who have certain  difficulties, like in dyslexia where a rhyming deficiency could be compensated  for by exposing them to more poetry.” Members of the literary world have  welcomed the research and insist it underlines the importance poetry has played  in literature.

Bestselling crime novelist Ian Rankin said too many people felt  intimidated by poetry without realising it was designed to be challenging. He  said: “Novels first began as a form of poetry where story telling was used  to pass tales from one generation to the next. This was done with rhythm and  rhyme as it made the stories easier to remember. “We are even seeing that  today with song lyrics – the only way rap artists can remember all those lyrics  is because they have rhythm and rhyme. “Not many people pick up books of  poetry anymore to read. You have to wonder if people find them too hard. “ Edwin Morgan, the nation’s official Makar, the Scottish equivalent of the poet  laureate, added: “Writing poetry is almost a physical experience as well  as mental. Children are rarely worried about extracting too much meaning from  poems, but they seem to get a much deeper experience from it.”