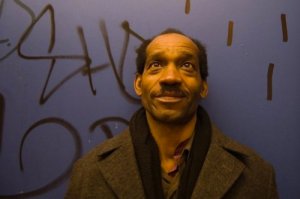 So I commissioned a female artist not long ago to make some dolls of my partner-in-crime, Ana, and myself. I was thrilled when they arrived. But their arrival got me to thinking, especially in relation to the film, “Who Does She Think She Is?” — How many of us are ever commissioned to sell our own art? How often do we support artists who are making a go of doing such? Is it possible to write poems for pay? Is there a way to start a trend, especially in the face of current economic climate, that gets back to supporting the little artist toiling away at her craft? Are you one of those artists who would be willing to give it a whirl?

I realize this raises a whole host of loaded issues (i.e. can creativity be prompted by pay? Can a poet actually sell poems? Is this a call to pull your dusty mimeograph and letterpress machines from the attics and basements?), but I ask after finding out a poet I know has done as much, and he’s something of a name… and I’d like to open a discussion about such the business of making a life as an artist in this country. Or are we all just supplementing our lives with side art / “hobbies”?

As if reading my mind (or my query) Molly Gaudry the next day posted a call for a buck a poem. You can read her offer here. And support her to boot if you think Molly’s writing, and Molly herself, worth a piece of your slice of the pie.

It does seem like an antithetical question in light of my campaigning for the freedom from capitalism that far “left”/extreme/experimental/post avant/etc (or however you want to label it) poetry enables (and is often ignored bc of). I guess there is no true escape from the pull of capitalist status quo influence, even if you are writing for writing’s sake and space to speak freely. Because even then, unless you are willing to go the Dickinson route, one still seeks some form of distribution (no such thing as “free speech”), and that also entails engagement with the platforms/mediums already in place, depending on how far and wide you want to be heard (and why). Even the most basic DIY typically uses the gov’t means of distribution via stamps. But the point I’m going for in this ramble, I think, is to connect what it means to produce on a small scale and survive as a member of the state without ‘selling out’ — but even those you’re expecting to support you, like Horton, are part of the bigger machinery, so there is no true escape, so to speak in very general and abstract terms. I guess the ultimate question would be to what degree do we use the state until the state ends up using us?

Bc obviously, there are poets like Ashbery and Collins who make their livings as writers — one can ask how do their poems fare in the more mainstream flow of Poetry World and what do they do/what effects/messages/”successful”/etc — versus the little local pockets who aren’t gunning for such noteriety (or are they!), who make on the local level and don’t even expect to “earn” a living but do hope to fund their projects with sales from broadsides or passing the hat at readings, etc.