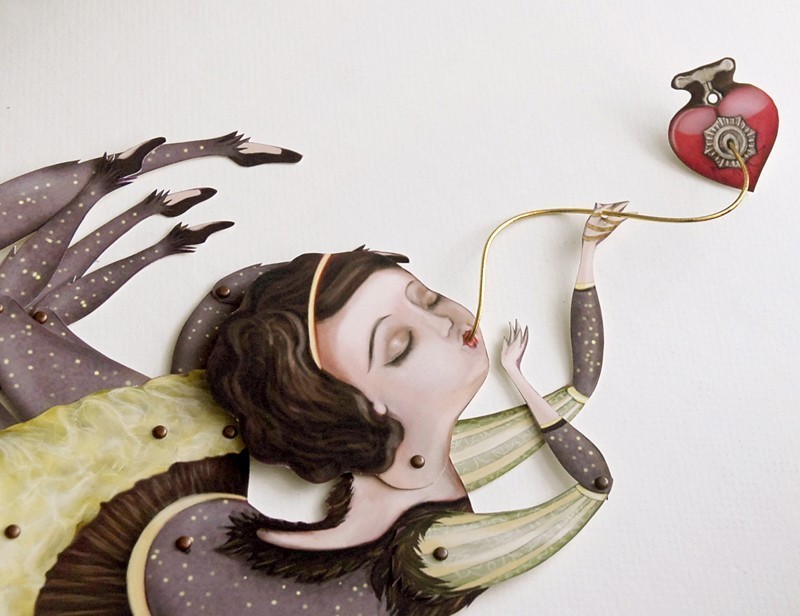 Who’s to say what magic
is when we’ve got vistas
to explore? We’ll spend a day
at the Hindu temple,
watch a man who loses everything
still hold his hands
like being married.
A younger man dreams
of lions, a cave, an imminent
slaughter the Lord
intervenes on. His voice took
the sword from my hand,
pardoning ballistics.
I steal ballet from a brandy flask
in the midst of biblical highways.
I had to meet you
crying though, which is often called
“cutting it close”.
What has all this to do with us?
Ultimately, a few drops,
regardless of stories told,
get to sparkle
on the cup’s quiet rim.
The lying puppet then
bounced into my arms,
and suddenly, I was a mother.
A massage specialist on the next
seat over tapped
her cloven hoof to a single beat
and remembered
Santa Claus out loud.
Long ago
when the world chirped on,
my father and I lived
in an airport. The girl back then
could barely lift her head
to nod at traveling villagers;
she was too small to reach
the ledger to print her name upon.
They called her “Christmas”
in honor of northern stars
falling down around me,
lifting us to a safer place
like an old Parisian house
covered by vines where
twelve more girls lived
in two very straight lines.
My lovelier brothers acquired
the nicknames of Big and Little Dippers.
Divest your interest in
how men are the new women.
Plagued by family
when the house was wild,
a tight corset wouldn’t pinch
the waistlines nor squeeze
the chests into pails with shovels.
My grandmother was a gambler
from Holland like Baby Mountain
wandered the banks of the Seine.
Our theaters and music halls drew
passing widows who sang
from these pleated hills.
They housed small Dutch dolls
with black-brown eyes
the color of shiny marmite.
But after twilight, sleep
became an awakening—
our antique shop is very still now.
Usually no one goes
close enough to notice
the noise of biding time,
a vastly off-white habit
from patience.
Enclosed in this forgotten basement,
the galaxy is an awfully big place,
and I am still feeling
the walks between steps,
drowning in part,
footed forever with this forever
project of waking up.

–From SLAVES TO DO THESE THINGS