* “The problem in a nutshell is this: Inequality in this country … (click to continue)”

* “For Me, to write is no longer enough” – Poet on Occupy Wall Street –

* What Occupy Wall Street does Right –

* On Mainstream Media Coverage @ The Nation

* The Revolution Begins at Home: Join the Wall Street Occupation –

* Occupy Wall Street to Publish Newspaper to Control Their Message –

* What’s Behind the Scorn for the Wall Street Protests?

* Cornel West on Occupy Wall Street: It’s the Makings of a U.S. Autumn Responding to the Arab Spring

SEND ME YOUR LINKS.

“Anyone with eyes open knows that the gangsterism of Wall Street — financial institutions generally — has caused severe damage to the people of the United States (and the world). And should also know that it has been doing so increasingly for over 30 years, as their power in the economy has radically increased, and with it their political power. That has set in motion a vicious cycle that has concentrated immense wealth, and with it political power, in a tiny sector of the population, a fraction of 1%, while the rest increasingly become what is sometimes called “a precariat” — seeking to survive in a precarious existence. They also carry out these ugly activities with almost complete impunity — not only too big to fail, but also ‘too big to jail.’” –Noam Chomsky

“We are your every day Americans, who are against the corporate greed that has plagued this country, and the politics who allow this greed to occur. We include teachers, college students, labor members, unemployed workers, and the other 99 percent. We are standing in solidarity with friends in New York City, and across the country.” –Occupy Philadelphia 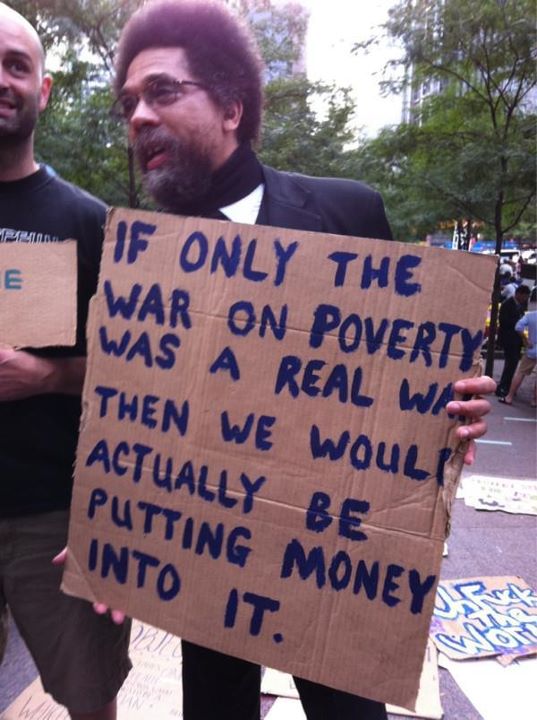