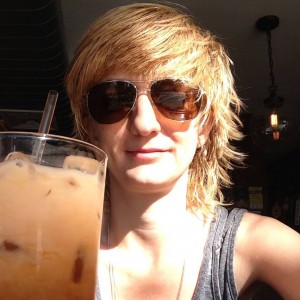 We are pleased to welcome acclaimed and widely published poet Amy King to Writers on Craft today. Amy King is the author of five collections of poetry: Slaves to Do These Things, I’m the Man Who Loves You, and Antidotes for an Alibi (a Lambda Book Award finalist), all from Blazevox Books. Of her most recent book from Litmus Press, I Want to Make You Safe, John Ashbery described Amy King’s poems as bringing “abstractions to brilliant, jagged life, emerging into rather than out of the busyness of living.” Safe was one of the Boston Globe’s Best Poetry Books of 2011. The Missing Museum is forthcoming in 2014 from Kore Press. King teaches English & Creative Writing at SUNY Nassau Community College, is a board member with VIDA: Women in Literary Arts, helps organize “The Count,” and moderates the Poetics List (SUNY-Buffalo/University of Pennsylvania), the Women’s Poetry Listserv (WOMPO) and the Goodreads Poetry! Group. She also co-edits Poets for Living Waters, an international poetry action in response to the BP oil spill in the Gulf of Mexico and other ecological disasters. In 2012, King was honored by The Feminist Press as one of the “40 Under 40: The Future of Feminism” awardees.

What do you read when you despair at the state of either your work or modern literature–any “go to” texts?