PERLOFF’S RESPONSES CAN BE FOUND @ THE RUMPUS, “BEAUTY AND THE BEASTLY PO-BIZ, PART 2”

PART 1 OF “BEAUTY AND THE BEASTLY PO-BIZ” @ THE RUMPUS MAY BE ACCESSED HERE. 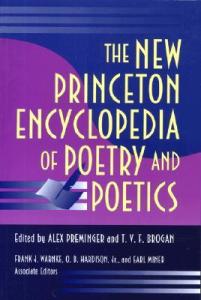 While yours is an impressive oeuvre, my blog post is not framed as a review of your work. As detailed in Part 1, the premise of my post is to look at the problematics of intentional groups, in this case, artists who purposefully outline the tenets of their group and identify themselves & their work accordingly – most notably, in an effort to advance themselves (as “The Ugly Truths about Marketing” spells out, “In a crowded market, brands stand out.”).

I invoke you because you play a vital *role* in the institutional and canonical embrace of ConPo. A quick Google search reveals your prolific championing of ConPo & several group members – Goldsmith, Place, & Dworkin – via Unoriginal Genius, conference papers, interviews, the Princeton Encyclopedia of Poetry and Poetics, your own website, etc.

Some of the problems that arise from their planned ascension are certainly due to the fact that they rely on exclusion and denigration of other poets and poetries in the process – despite their claims to be enacting the contrary (i.e. the democratization of poetry). To say so perhaps touches a nerve, particularly as they’ve been heralded as the game changers.

* Re: Susan Howe – not a member, and resisted the earlier “LangPo” label put upon her too. I make this distinction early on in Part 1 — I’m considering the intentionality of the groups, especially because they have worked together diligently to define their purpose, and because these groups prop and propel themselves on the denigration of other poetries.

If the work has such merit – and some does, debatably – why the need to group together and reductively define vast swaths of poetries? It does not seem fair practice to claim members who do not choose to follow suit. I have not ever heard Susan Howe publicly disparage the lyric in the ways ConPo and their advocates have and cannot imagine her agreeing to be aligned with those statements (Howe, “…I have always been attracted by modernism rather than postmodernism and its anti-Romantic high theory.”)

* Further, attempting to claim others for group membership unfairly limits future readings of their work, as I have pointed out via several female painters laid claim to by Breton himself, even when some were vocally opposed, which has resulted in boxed interpretations of their work (i.e. the works of Kahlo, Fini, and esp Carrington & Varo far surpass the Surrealist lens). Further, the move to claim those associations, despite their resistance as in the case of Susan Howe, suggests a proprietariness that is the essence of capitalism – which again contradicts ConPo’s claim to “block capital” and “reenvision cultural production.”

* Their claims to “block capital” contradict the actions of the group members, who gain actual capital for themselves in the service of supposedly “reenvision[ing’ cultural production” – by effectively using cultural production already in place, instead of confounding it in any capacity. Or as you note in the avant-garde mandate, “‘For, by definition, an ‘avant-garde mandate’ is one that defies the status quo and hence cannot incorporate it.”

That is, are we to go on pretending theorizing a [lack of] self should have no bearing on actualizing the selves of the group? Is “blocking capital” to take place on the theoretical level only, while group members enjoy institutional exclusivity and perpetuate a system that is threatened by the appearance of an anthology that does not strictly uphold the canon-of-yore (see Shockley – http://www.bostonreview.net/poetry/shifting-imbalance)?

APROPOS, you cite in “Poetry on the Brink” the makings of “Establishment verse”:

“So far I have been talking about the dominant poetry culture of our time—the culture of prizes, professorships, and political correctness. To dislodge the dominant paradigm is never easy, but in recent years we have witnessed a lively reaction from a growing group of poets who are rejecting the status quo.”

But then you promote the ConPo members as the avant-garde capable on that very same basis, using those very same markers:

“…the moment of Conceptualism, which is now prominent enough to boast two recent large anthologies and many university courses dedicated to it…”

Claiming that they are now on their way out, that they “never quite existed,” does not in any way inhibit the system in its perpetuation of exclusivity nor do such statements actually erase the very real capital (via the institution, readings, Princeton-tapped avant-garde existence, etc) that the members will continue to enjoy while others remain pushed aside, denigrated, omitted, and reductively defined in order to sustain that system. Is there no contradiction here: the “dominant paradigm” is perpetuated & sustained by the culture of prizes and professorships, but then the supposedly-qualified members, ConPo, who are to dislodge it, are validated as such by the same culture of prizes and professorships as cited…

If anything has caused that dominant paradigm more upset as of late, it has been Rita Dove’s anthology for daring to wear the clothes of canon-making authority while not obediently perpetuating the already-institutionalized and thus sanctioned canon and for daring to include “minor” poets who might be considered minor exactly for having been overlooked in the past by a system that favored publishing and supporting white poets, poets of certain educational backgrounds and associations, etc.

* Finally, why does Goldsmith’s radicality lie in his suit, as he has stressed? Appropriation, and other tools of note, is not specific to ConPo, and is used by numerous poets currently writing as well as in the past, poets who have never heard that Goldsmith ‘kept them guessing’ over his Brooks Brothers suit, with its ‘exaggerated paisley pattern,’ at the White House.

* When did all of the lyric poetries go away so that they now need to come back? Or do these supposedly-faltering lyric poetries now need the Conceptual stamp put upon and harnessing them as one amorphous mass as conveyed by the ConPo snowflake metaphor (i.e. a “Conceptual Lyric”)? Does anyone actually believe that the ConPo group’s techniques – techniques used by numerous poets long before they laid claim to them – are informing this “return”?