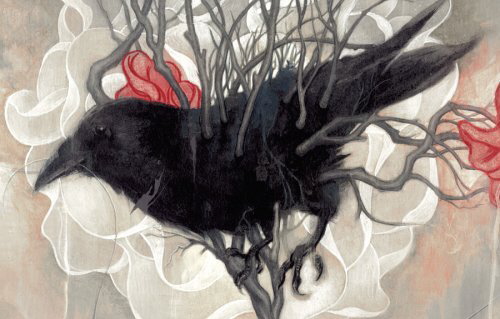 “… they’re compositions of bright ideas, music, and noise, resulting in (among other things) the deployment of form and content against one another to create tension, poetic texture, and (paraphrasing Apollinaire) the flare-up of multiple meanings in the flames of joy.

… Of course, part of why these poems work is because they don’t tell stories, and they aren’t loose either (esp. formally, musically). However, they are perhaps indebted to that other sense of “storytelling,” a.k.a. the fine art of fabrication/imagination. Or, as Oscar Wilde so delicately put it, “the fine art of lying.” And this leaves the reader and “you” and “I” ever on an ambiguous note—one that serves to echo, highlight, and remind us of the limits of understanding and sense-making.

… At risk of sounding too “Rah! Rah! go Ms. King” about things (though I see nothing wrong with that really), I should mention that this is a book that must/needs be read SLOWLY over time and ACROBATICALLY. One must be willing to read around, back and forth, and sideways in/between the poems—not merely left to right, top to bottom down the page. The music and connective tissues of the book work best when they’re allowed to speak to one another.

… I realize that some people may object that I’ve failed in this review to note the book’s obvious Wilco references. Yes, the book’s title is the same as the title of a Wilco song from their album Yankee Hotel Foxtrot. And it’s also true that the book’s first poem “A Ghost Is Born” is the same as the title of Wilco’s 2004 album of the same name. My sense, however, is that King’s book is of the sort that’s full of cultural references and markers, which will be of interest (or not) to readers depending on what they bring to their reading.

… On the whole, I’m the Man Who Loves You works beautifully, and it’s a book worth spending some time working through. For all its flashy machinations, the book remains surprisingly human and knowingly lovely in love.

p.p.s. Anyone who guesses where I stole that image from extra-wins!

11 Responses to ““Dreamed Enough To Be True””