I know it’s silly, but the AFA (the FPN’s boycott begins next week) has now begun a campaign to let Hallmark know they just don’t appreciate the card industry taking advantage of a new money-making gay marriage market.

They want you to waste time posting an email to some Hallmark flunkie to tell him just how disgruntled you are that you didn’t think of tapping those pockets first. I mean, you “don’t agree” with their new card motifs. Whatever “I don’t agree” with it means. Doesn’t “I don’t agree” play out when you don’t buy gay wedding cards and attend a gay wedding? Can I tell them I don’t agree with their pastors still wearing polyester when so many other cheap fabrics breathe better and ward off those nasty Sunday morning pit stains?

As Ms. Margaret Cho queries, “They’re always so BUSY. I mean, shouldn’t you guys be preparing for the Rapture? Aren’t you LEAVING SOON?” 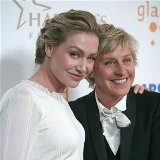 Do your duty (doody) and drop this dude a line of gratitude for having the foresight to provide Hallmarkian verse to the gay masses and their family and friends while also giving his shareholders something to look forward to at the end of the month:

“Most states don’t recognize gay marriage — but now Hallmark does.” — Isn’t this kind of like when the uptight disgruntled employee at Macy’s didn’t believe in Santa Claus & initiated a lawsuit, but because the U.S. Post Office delivered the mail to Santa, he was made real?