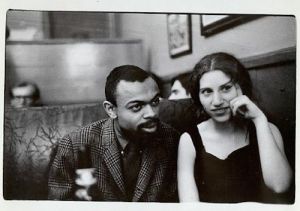 I was lucky to curate this feature with THESE YOUNG POETS and THEIR BRILLIANCE:

“All reading is blood.”

“On the one hand, we can continue to throw our bodies at police barricades, which we’ve done. Maybe change can be achieved that way. The biggest on-the-ground protest in allof human history, 2/15/03, wasn’t sufficient to stop the invasion of Iraq, however. Of all the social justice and protest movements out there these days, the gay rights movement has probably achieved the most conspicuous successes of late, but those successes weren’t only achieved by bodies in the streets. Two decades worth of literature and other media changed the mood, the attitude, the general public’s disposition towards gay rights. That and some landmark court cases argued and won by some of the most strategic and committed lawyers of our time. No one knows what exactly will produce social change until like a messianic force it arrives one day. Who said poems were enough? Who said they weren’t?”

“It seems that too many MFA and even BA programs are too focused on the same set of authors that felt so important in the second half of the last century. We need to start being more inclusive of newer writers and newer approaches. We need to find new aesthetics to pass on to the next generation while opening ourselves up to the ideas of today’s poets. We need to push ourselves past any point of stagnation. We need constant innovation. Also, I would like to see more emphasis on international poets and oral poetry.”