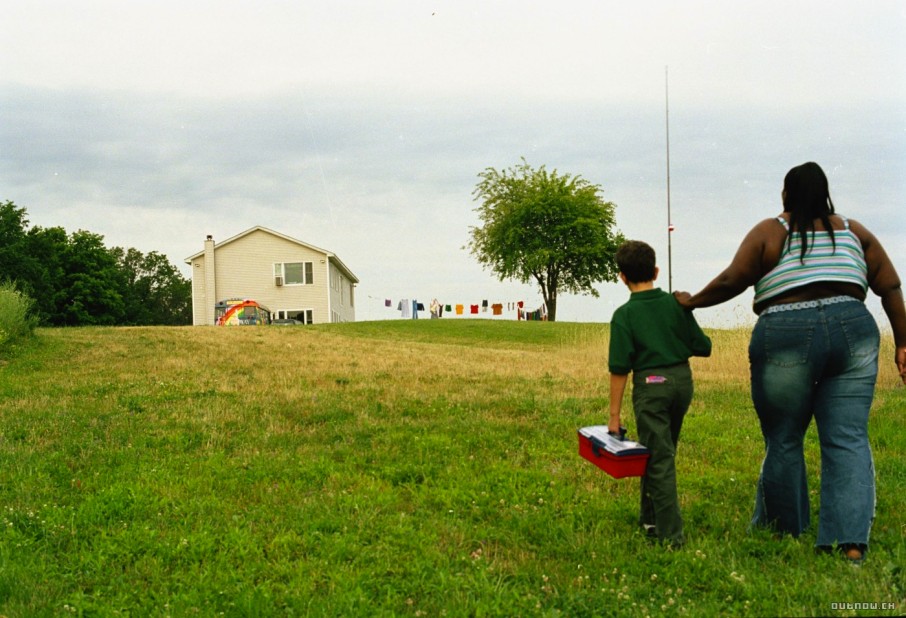 …an infinite series of possible encounters…

The marriage equality issue isn’t ultimately about marriage, at least, not for me. Simply and quickly put, the entire debate is yet another public opportunity to voice who deserves rights, discrimination, bastardizing, and acceptance, no hate or holds barred.  Of course, technically (& on the surface of all this), I’d like the same civil rights as any other couple if I ever choose to have the government sanction my partnership, but moreover, people love to express their superiority over another group through public proclamations of “how things are” and call their opinions “arguments.”  Just listen to the actual descriptors:  “unnatural”, “illicit”, “against God’s will”, “gross”, “unAmerican”, etc. as though embracing such a conservative act (and marriage is very much a public statement of conservation) is a privilege for the chosen “right” people and not the “bent” gays, who are really just incorrect beings breaking laws merely by existing.

Marriage has become a metaphor for arguing over whether the queer community should be evicted and forced to live in the shadows of the “correct” society.  In this way, those who see themselves as “straight” are able to assert their correctness by defining themselves in direct opposition to “gays”.  Obviously, this is Binary Thinking 101 in which we define, not just in opposition, but hierarchically:  one term knows it exists, and confirms it, by pointing at the other presumably-separate one and then noting its own superiority — in Binary Thinking 101, one term is always valued above the other.  Western thinking sucks for this very reason:  we separate and prioritize in a one-above-the-other fashion as though simplistic thought is the best way of maneuvering through the world; we don’t want to acknowledge that things are a lot more gray and complex and interrelated (& interdependent!) than “I am white because you are black” or “I am man because you are woman” because if we did, then we’d have to shed our hierarchical positioning and, in the process, fear losing what tiny bit of power we hold in the entire system.  That’s why bisexuals and “forays” into “other” same-sex relationships aren’t “real” and are downgraded.  They must be dismissed as illegitimate acts or temporary “freak” blips in the “normal” course of things.

Same holds true for stay-at-home fathers who don’t abide by traditional roles (among many other “unusual” examples I don’t have time to list) – they are “perversions” of manhood who receive a lot of mockery from “real men” often.    “You are feminine but I am masculine.”  Anything that doesn’t fit the correct view of the tyranny of the norm becomes a target to ignore or publicly ridicule until it hides in shame or morphs into its proper role.  Mainstream values need these blips on the radar to stay in power, and all of what I’m touching on is just the tiniest tip of the iceberg.  So yes, “Marriage equality” is only one more way into publicly announcing exactly what the “norm” should be, and from my perspective, it’s pretty bleak.  Can’t we find another way, or ways, to be in relation to each other that escapes the misery of positioning you over me over the next guy – who is “better”, who has the “best” stuff?  I’d give it all away if we could have one big friggin’ potluck and enjoy each other’s company until the end, when we’ll all be scrambling for clean water and dry land…

EXCERPT from “What Would MLK Have Said About Gay Rights? Ask His Wife” 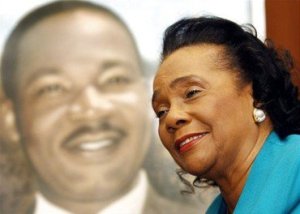 “Like Martin, I don’t believe you can stand for freedom for one group of people and deny it to others”, she would tell black civil rights leaders angered by gays and lesbians comparing their struggle to their own. She would quote her husband and say, “I have worked too long and hard against segregated public accommodations to end up segregating my moral concern. Justice is indivisible.”

She also fought off bigots who would co-opt MLK’s message and try to make it their own. In 2002, anti-gay advocates sought to repeal Miami-Dade County’s equal rights law by sending out fliers saying that King would be outraged at its gay-inclusive nature. Coretta responded through a statement put out by the King Center for Nonviolent Change saying, “I appeal to everybody who believes in Martin Luther King Jr.’s dream to make room at the table of brother and sisterhood for lesbians and gay people.”

When George W. Bush came out on the White House lawn and, in a bid for reelection, told the press he supported a Constitutional ban on gay marriage, Coretta again spoke up and reminded America of King’s legacy: “Gay and lesbian people have families, and their families should have legal protection, whether by marriage or civil union. A constitutional amendment banning same-sex marriages is a form of gay bashing and it would do nothing at all to protect traditional marriages.” 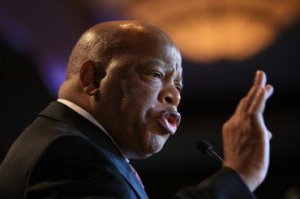 Congressman John Lewis (D-Ga.) became part of the civil-rights movement while he was a teenager. From 1963 to 1966, he chaired the Student Nonviolent Coordinating Committee. And he became a close associate of the Rev. Martin Luther King Jr. Lewis has been a congressman since 1987.

GROSS: I’ve heard some African-American leaders say that it’s wrong to make a connection between the civil rights movement and the gay rights movement because discrimination against African-Americans and discrimination against gays are completely different things. And being gay and being black are completely different things. What’s your take on that?

It is important to remember that there are real differences in the case of gay marriage and so- called mixed marriages. The situation of a lesbian or gay couple in 2004 is not the same as that of an interracial couple in the 1930s, when miscegenation laws carried criminal penalties, when whites were nearly unanimous in their condemnation of interracial marriage, and when the specter of lynching hovered over discussions of interracial sex.

There are only two objections to same-sex marriage that are intellectually honest and internally consistent. One is the simple anti-gay position: “It is the law’s job to stigmatize and disadvantage homosexuals, and the marriage ban is a means to that end.” The other is the argument from tradition — which turns out, on inspection, not to be so simple.

Everything today encourages us to see the dark side, the folly, the impossibility, not just of utopia but [even] of an anti-utopian heterotopia where we’d have a project in common besides selling our commodified labor, intellectual or otherwise. Everything encourages us to think we face a choice between detached houses in a row, where we cook our dinners in private, or else the gulag. But there can be—can’t there?—community without tyranny. Sure, the company of misfits would make you feel bad sometimes; but it also feels bad to have nothing to look forward to but marriage, work and TV. Maybe [this heterotopia] would always be a failure. But then atomized private life under the market is doomed to failure too, if we think of happiness, excitement, joy, or surprise [as things we want]. You’ve got to pick your failures—and I’d like to fail in good company instead of all on my own.